At just nine years old, Cassidy Megan planted the seed that would one day grow into an international phenomenon. After being diagnosed with epilepsy when she was seven, Megan realized many of her classmates knew very little about seizure disorders. When she set out to change that realization, Purple Day was born.

Beginning in her home province of Nova Scotia, Megan set aside March 26, 2008 as a day to raise awareness for epilepsy. Named after the internationally recognized colour for epilepsy – lavender – Purple Day quickly became a global event with participants on every continent.

On June 28, 2012, the Purple Day Act (Bill C-278) received Royal Assent. In just four years, 13-year-old Megan saw her dream become a reality as more and more people learn about epilepsy. To find out how you can join the purple movement, visit purpleday.org.

Purple Day in the Headlines 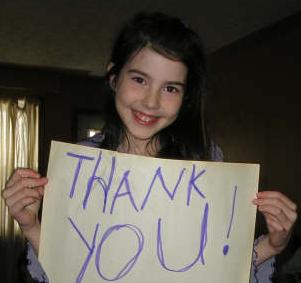