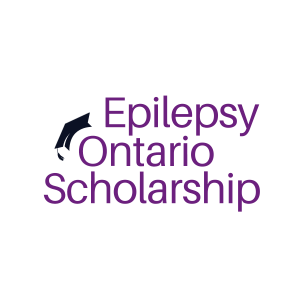 Are you a student with Epilepsy who is enrolled or is about to be enrolled in a post-secondary education program this September? Then congratulations, you are already well on your way to beating the odds. Only one in three people with disabilities earn a post-secondary degree in Canada. We at Epilepsy Ontario want to improve those odds and we want to celebrate your success in getting as far as you have already.

If you have Epilepsy and you are pursuing a post-secondary education anywhere in Ontario, you are eligible for one of four $1,500 scholarships. You could become a member of our Scholarship community of past winners like Melanie Jeffrey, who has since gone on to become a member of the Board of Directors of Epilepsy Ontario and has become a passionate advocate for Epilepsy awareness.

“The OBCL Epilepsy Scholarship benefited me by helping pay for my tuition. It was a great help and I was also able to spread the word and knowledge about epilepsy.” – Cassidy S.

“I never let epilepsy become a barrier.  I made it a part of my life and a part of who I am.  Because of epilepsy I am a more determined and persistent person who never lets anything stand his way.  The OBCL Scholarship gave me the chance to show this to my family, friends, professors, and community.” – Rahman M.

“I was not successful at my first post-secondary attempt. With the hope of receiving the OBCL Epilepsy scholarship I applied to the Recreation and Leisure program, something  I had always dreamed of.  I’m finding Centennial College and the faculty very supportive and am loving the program.  Thank you so much Epilepsy Ontario. You are the Best!!” – Jaimie M L

Before OBCL, a drug company (Pfizer in 2002 and Lundbeck Canada in 2003) offered the epilepsy scholarships in the early 2000s. Back then, Osler already took on an active role as a member of the committee that read through the students’ applications.

When the drug company decided to discontinue the scholarships, Osler was ready to take the lead. How did Osler feel about his new initiative? Click here to find out.