In June, two Edmonton men living with epilepsy were arrested and charged with assaulting police officers while having seizures in separate incidents, only a few days apart. 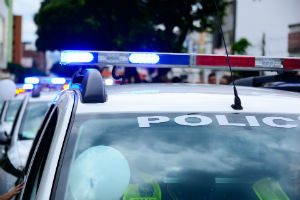 While the charge against one man has been dropped, the other man, Neil Ryley, is in negotiations with the Crown to have his case thrown out.

These incidents are not isolated. This summer, Epilepsy Ontario collected scores of stories from people living with a seizure disorder about their experiences with police and first responders. Some were positive. Many were not.

For example, one woman recounted how she woke up in a police station cell after having a sensory complex partial seizure outside a nightclub. She had no idea where she was and no memory of what had happened. Although she had not been drinking, police officers had arrested her for public intoxication.

Fortunately, the charge was thrown out and the woman received an apology from a justice of the peace after she and her mother went to the courthouse with the woman’s medical files.

These incidents underscore the need for more police training in how to work with people who are having seizures.

Marcel Allen, a constable with the Ottawa Police Service, is working to provide that training. Allen has created a training program called Recognition and Response to People Having Seizures. He wants to see it become mandatory training for police services across Canada.

Allen has first-hand knowledge of the need for more police to be trained in how to respond to people having a seizure. On Aug. 8, 2010, Allen was off duty and sitting in his car in traffic with his children in downtown Ottawa when he went into seizure. As he was coming out of the seizure, a nearby RCMP officer responded, followed by city police.

While in a postictal state he struggled with officers, a common reaction, but it resulted in Allen being Tasered by an officer.

Allen decided to focus his frustration from the incident on producing a video to better educate law enforcement on assessing situations involving people with seizure disorders.

In an interview with the CBC, Allen said he was troubled by the news of the two Edmonton men. In Ryley’s case, his family had called 9-1-1 when he began having a seizure. When police arrived, Ryley alleges they beat him.

When interviewed by the CBC, Ryley said he was surprised to learn there is a seizure training video available to the Edmonton Police Service. The video was submitted by the Edmonton Epilepsy association, however, a spokesperson for the police said officers have not been able to find it.

“It’s frustrating that they have access to (a training video), but they don’t use it and they deny even having it,” Ryley told the CBC. “Because there’s lots of people that have epilepsy. And I think they should be concerned about what can happen.”