Epilepsy Ontario’s weekly column, the Voices of Epilepsy, saw strong readership in 2015, and of all the issues covered this year one received more buzz on the organization’s social-media platforms than any other: cannabidiol (CBD). 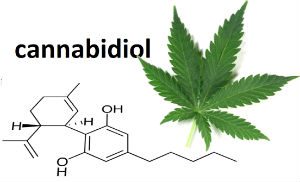 CBD is a substance derived from the marijuana plant. It is the most abundant, non-psychoactive chemical compound in cannabis. CBD has been receiving increased attention as a putative epilepsy treatment in the past few years.

Voices of Epilepsy published several articles about CBD treatment in 2015. Parents of children using CBD and epilepsy experts weighed in on the issue. The Voices of Epilepsy’s Facebook page lit up with commentary, “likes” and “shares” each time the CBD issue was addressed.

One of these stories – and the article that received the most views – was about the Supreme Court of Canada’s landmark decision in June to legalize all forms of medicinal marijuana.

Mandy McKnight spoke with Voices of Epilepsy shortly after the decision was made. Her seven-year-old son, Liam, has Dravet syndrome, a severe form of epilepsy with frequent, prolonged, drug-resistant seizures.

Liam has had a licence to use medical marijuana to treat his epilepsy since he was five. He had been having nearly 70 seizures per day until he began CBD treatment. Since then, his seizures have been reduced by 90 per cent.

However, before the Supreme Court’s ruling, the only legal way to deliver medicinal marijuana was through smoking or vaporizing the plant it in its dry-leaf form – which is unacceptable for a young child.

When Mandy spoke with Voices of Epilepsy earlier this year, her son could only receive dry-leaf marijuana from a licensed supplier. She was making a cannabis-enriched oil from the dry-leaf marijuana and then sending a sample to a laboratory in British Columbia for analysis to determine the CBD content.

Based on the lab results, the McKnights determine the amount to administer to Liam. He consumes the medical marijuana, in a solid form, with his meals.

This process was technically illegal, so the Supreme Court’s unanimous June 11 ruling comes as a huge relief to Mandy and her family.

“The fact that we have not got that hanging over our heads right now is just incredible – it feels like a huge weight has been lifted off of us,” Mandy says.

Voices of Epilepsy also spoke with Carol Clarke who discussed the hope she has that CBD would help enhance quality of life for her 28-year-old daughter, Brooke, who has complex-partial seizures.

Brooke has had a seizure disorder since adolescence. She has tried numerous treatments, including surgery and pharmaceutical therapies, with limited results. After consulting several doctors, Brooke and Carol finally found a physician who would write a prescription for medicinal marijuana in hopes that the high CBD content would reduce Brooke’s seizures but this was only one hurdle.

Carol was reluctant to pursue the treatment further without more medical guidance. She says there needs to be more information available about proper CBD dosages as well as support for people receiving this treatment.

“How do I know how much to put into a cookie? How many cookies should she eat? How often?” Carol says. “I (am) really skeptical about going that route. Between trying to figure out the dosage and the expensive cost of it, we have done nothing at this point.”

Suzanne Nurse, director of information and client services at Epilepsy Ontario, confirms there is a great deal of interest in CBD.

“The positive anecdotal reports as well as results released this spring from an early phase CBD trial offer tremendous hope to the epilepsy community, most especially to individuals and families living with severe, difficult to treat forms of epilepsy,” she says.

“However, there are still a lot of unknowns regarding this treatment. It is extremely important for people to talk to their epilepsy specialist, to make informed decisions and to always work closely with their epilepsy care team.”