The recent case of a man who died following a seizure at the Winnipeg Remand Centre has drawn concern from epilepsy support groups about whether or not there are enough safeguards in place to ensure people needing access to anti-seizure medications are getting them while being held by police or in remand. 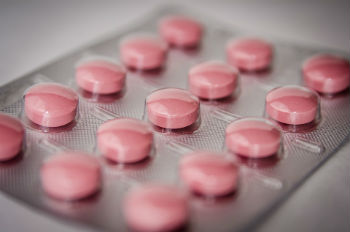 Unlike prison inmates, people being held in remand or by police are often only in custody for a short time. But one missed dose of medication can have a serious adverse impact on someone with epilepsy.

“Missing a single dose of a medication for epilepsy puts a person at risk. If it takes a day or two to sort things out, then that’s too long if you have epilepsy,” says Suzanne Nurse, Epilepsy Ontario’s director of information and client services.

In May, Bradley Errol Greene, a 26-year-old man with epilepsy was being held at the Winnipeg Remand Centre when he went into a seizure on a Sunday afternoon. He had been detained since the Friday evening but had not been given his medication. Greene had told his cellmate, Stephen King, to turn him on his side and make sure his head was protected if he had a seizure. According to King, he did this but was shooed away by guards.

“I watched the guards handcuff him, shackle him, throw him on his stomach, they held down his head with two hands and he was shaking forcefully,” King told CBC News.

According to King, Greene was then put into his cell in handcuffs and shackles. Shortly afterwards a second seizure occurred which he did not recover from. Greene’s family is calling for an inquest into his death.

“I hope the family’s calls for an inquest into Mr. Greene’s death is granted, because an inquest could look into the management of his epilepsy and why Mr. Greene did not receive his medication,” Nurse says. “The findings and recommendations from an inquest may help prevent future tragedies.”

Nurse recently spoke with a spokesperson for the Ontario Provincial Police (OPP) to find out what people requiring anti-seizure medication should do if they’re arrested.

“The main message I received from the OPP is that if someone with epilepsy is arrested and detained, they should make certain the police or staff at the booking facility are aware that they require prescription medication on a regular basis for a serious medical condition,” Nurse says.

A person with epilepsy should tell the arresting officer or the booking officer that they require anti-seizure medication, how often they need to take their medication and when they had their last dose, Nurse adds.

If the person arrested has their medication on them, it can be arranged to be administered to them as needed by staff at the lockup facility.

If they don’t have their medication with them, they can let the arresting officer know who the police could contact to retrieve the medication and bring it to the facility where the person is being held.

Nurse notes the medication must be contained in the bottle it was dispensed in with the label from the pharmacy.

Nurse says the Ontario Ombudsman frequently receives complaints from inmates related to medical care and treatment. In 2014, a person filed a complaint because they were denied access to their pain medication for five days and suffered adverse effects. When the ombudsman’s office followed up with the Ministry of Community Safety and Correctional Services, it was determined policies that were in place were not followed.

But what if this happened to a person with epilepsy?

“If you are denied access to your epilepsy medication then contacting an advocate right away, would be a good route to take, because it’s a violation of your human rights, and a lawyer or the ombudsman can help you get the medication,” she says.